Rachel Oto is a singer-songwriter whose cinematic Saloon Rock style defiantly toes the line between sweet sensuality and determined ferocity. Her raw, edgy vocals, no-nonsense, balls-to-the-wall, acoustic rock stylings, and sophisticated, visual storytelling make her the type of Americana artist rock music has only dreamed of. 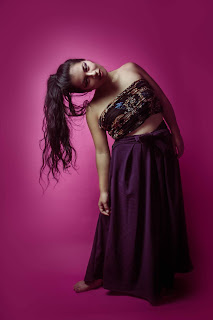 In 2016, Oto signed with indie label AndromiDen Recordings. Working with producer Andrew Monheim, Oto released her debut EP, Run. The disc is the first in a four EP series entitled Run, Rise, Ricochet, Release, which outlines an eternal tale of struggle and triumph set in a brooding, pulsating, sonic landscape.


Following more than two years and thousands of miles touring, including a stretch with the son of Blues legend, Muddy Waters, Oto made her return to the scene with the devastatingly beautiful single "Road Song" in 2019. Upon her return to LA, Oto holed up in Hollywood with producer Andrew Monheim to create the first of many new raw, personal works set to be released throughout 2019.

In her quest to find, capture and share stories, Oto's travels have taken her not only into the depths of her own psyche, but also deep into her family's history, through the Japanese American internment camps of WWII and their aftermath.